Once upon a time, there was a man walking down a country lane. It was a beautiful spring day. Birds were singing. A gentle breeze was blowing through the trees. It was a perfect day.

As the man went about his journey, he came upon an older brother who was whipping his younger brother. The man’s enjoyment of the day was greatly impacted by this sight and he asked the older boy why he was beating his brother.

“How will he ever learn otherwise, if I do not whip him.”

The man felt bad but went about his business of walking down the country lane.

Slowly, the man’s enjoyment of the day returned and his thoughts of the younger boy’s sufferings faded. He returned to his appreciation of the birds and the beautiful songs they sang.
But as his journey continued he came upon a woman beating a dog. The dog whimpered softly but took each blow without defence.

The man’s enjoying of the day was once again imperilled. He asked the woman why she beat her dog.

“He was a bad boy and tried to take something I did not intend for him,” replied the woman, “However will he learn if I do not beat him?”

The man felt bad but went about his business of walking down the country lane.

More quickly now, the thought of the suffering dog left his mind and he focused on the gentle breeze blowing through the trees around him. He felt the warm sun on his face. He was at peace.

“What has happened here,” asked the man of one of the soldiers.

“This village was conspiring against us. They were talking with our enemies and so they needed to be taught a lesson.”

“Surely burning down the village is a severe lesson to teach, was it truly necessary?”

“We cannot have our enemies think us weak. It would be the end of us.”

The man felt bad but went about his day. He continued walking down the country lane.

But as he left the village ten shots rang out. The noise startled all the birds who fled. It drowned out the sound of the breeze in the trees. And the man remembered that he had seen ten villagers all lined up.

The man stopped. He let out a cry. He grieved momentarily. He thought about the young boy, and the dog, and those ten villagers.

“Perhaps tomorrow,” he thought to himself, “I shall take a different road.”

This fable is a thought experiment.

The man along his walk saw three kinds of injustices. He did nothing.

And yet, we so often do nothing. We are responsible and yet we do nothing. Next time, we simply take another path.

We are truly not different from this man, although we might wish to be.

How are we, as communities in the world, not likewise responsible when a bully or a group of bullies attempts to whip his brother or beat his dog or murder his neighbour to teach a lesson?

Do we not have a duty, just as we as individuals have a duty, to step in to protect the child who is whipped, the dog who is beaten, the civilians who are murdered?

Are we culpable if we do nothing, or next to nothing, to stop injustice in the world when we are capable of standing up and stepping in?

Will we be better than the man or will we as nations simply take another path? 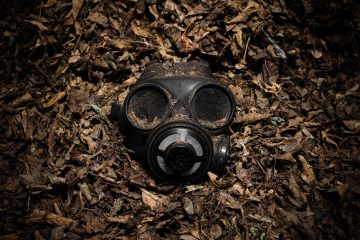 Like Aotearoa and Australia, the lands of the Americas have seen tremendous bloodshed over the last thousand years. Some of that blood was shed at the hands of our (my) ancestors and some by the Read more…

There’s a common Russian phrase from the darker days of the Imperium: “they pretend to pay us and we pretend to work”. How much is contained within that one phrase! In just ten words the Read more…

At the beginning of each new year, after the Bauchinalia, it’s customary to look forward to the coming year. But I would like to look further ahead to a longer-term vision of the future. Let’s Read more…