At the beginning of each new year, after the Bauchinalia, it’s customary to look forward to the coming year.

But I would like to look further ahead to a longer-term vision of the future.

Instead of a world wrecked by climate change, we see a world that has risen to the challenge of not merely mitigating it but rolling back the clock and setting the world’s climate aright.

In place of a world with species dying at astronomical rates, we have a global ecosystem in harmony between animals, plants, and people.

In exchange for 1 billion people without enough to eat, we will instead have a global system that ensures all eat.

Rather than 2 billion people without access to full educational opportunities, we have a society that ensures that anyone can learn whatever they want at any point in their lives.

And finally, instead of a world on the brink of global war with conflicts raging in dozens of locales throughout the Earth, we have a just and lasting peace between ourselves.

I commit myself and the Empire of Australia to work for these aspects of an equitable and harmonious world.

Will you join me? 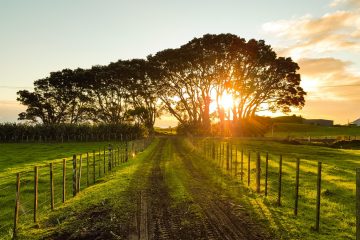 Once upon a time, there was a man walking down a country lane. It was a beautiful spring day. Birds were singing. A gentle breeze was blowing through the trees. It was a perfect day. Read more…