Why A Marine Reserve: The Need For Décret 3627

There is a lot of grumbling around the world about the Empire’s decree to create the world’s largest marine reserve in the Australian Ocean.

Those who have spent any time in a seaport, airport, or construction site understand that we humans are LOUD.

And in the months since I created the Réserve Marine de l’océan Australien the grumbling around the world has grown ever louder: almost as loud as the rueful noise of a slaughterhouse.

The Empire of Australia was founded as a seafaring nation after a voyage of more than a year across the oceans. Our Empire is built on the sea. And, by all accounts, we make just about as much noise as anyone can.

Scientists tell us that this noise is deafening to the creatures of the ocean.

The noise of our engines and machines has drowned out the songs of the whales. Our cacophony has subsumed the calls of the dolphins. Fish can’t hear themselves think.

And we know understand that fish do indeed think, just like us.

Our purpose on Earth is not to subdue it as the Old Testament had it, but rather to live in harmony with those around us as the lilies of the field. The wise women and men of the True Disciples would remind us that Jesus never spoke of muscling out nature, but rather that we should care for the world as living in it was a test of our faith, that caring for the smallest amongst us was one of the True Tests of living on the Earth.

And he wasn’t the only one who thought so.

If our scientists and our wisest philosophers agree, how can we possibly ignore them, along with the pleas of the creatures of the sea?

We would be evil, foolish, and selfish to do so.

This then, is the logic of Décret 3627 and I promise that the Empire’s vast navy will not fail in its duty to execute and sustain our laws of protection. Our brave women and men will do their duty as they must, and any nation that seeks war with the creatures of the sea should know that it seeks war with the Empire as well. 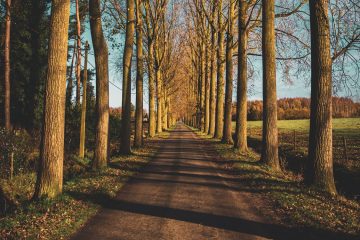